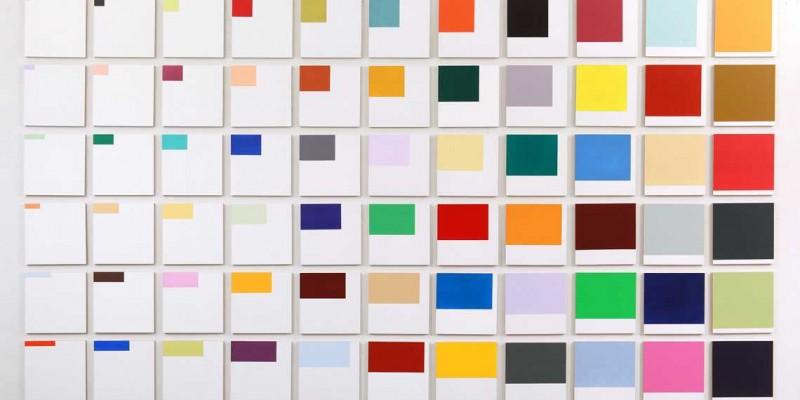 In the earlier part of this article I hoped to lay the ground work to show that the origin of abstract art is an entirely logical extension of previous developments, and all one needs to agree with that interpretation is a greater understanding of art history. In a momentary lapse I failed to recognize Paul Cezanne’s use of space and how that facilitated the development of Cubism and I should also have mentioned the contribution of Fauvism, in liberating colour from subject. Further I should have acknowledged Hilma af Klint as one of the pioneers of abstract painting, whose work is only recently garnering the recognition it so clearly deserves. Despite these minor sins of omission, I believe I have demonstrated how painting, in its different and continuously changing forms, reflects its society and how over time painting has been liberated from an obsession with external subject matter, taking the opportunity to become primarily concerned with paint and the painted surface itself. I also documented the change in the artist’s status from being a servant to clients’ whims, to someone recognized and valued for his or her individual endeavours.

Cultural traffic between the US and Europe expanded following the burgeoning economy of the former. Wealthy Americans looked to Europe to source fine art with which to decorate their elaborate houses and many of their artists visited Europe to keep up with developments and returned home with these new ideas. Successful exhibitions of Impressionism were held in Boston and New York further whetting the appetite for European painting, which ironically, served to better secure its reputation in Europe. Until then sales of Impressionists paintings were hard to come by. (A topical historical note: the Payne-Aldrich Tariff Act was repealed in 1909, which previously had imposed punitive tariffs on imported works of art less than twenty years old.)

In 1913 an exhibition of contemporary European art, mounted by the Association of American Painters and Sculptors, took place in the armory of the sixty-ninth regiment of the National Guard, becoming known forever after as The Armory Show. Introducing a bemused American public to the latest in European art and to recent works by the organising painters and sculptors, it was a huge success in terms of numbers with over seventy-five thousand visitors, eventhough the public reaction was not too dissimilar to that of the first Impressionist exhibition in France and is epitomized by Theodore Roosevelt’s back handed comment.

“It is vitally necessary to move forward and shake off the dead hand of the reactionaries; and yet we have to face the fact there is…a lunatic fringe…especially in the rooms devoted to the Cubists and the Futurists, or Near Impressionists. Take the picture which for some reason is called A Naked Man Going Down Stairs. There is in my bathroom a really good Navajo rug, which on any proper interpretation of Cubist theory, is a far more satisfactory and decorative picture.” (He was actually referring to Marcel Duchamp’s Nude Descending a Staircase.)

As Hitler rose to power and the cultural climate changed, many artists described by Hitler, “as incompetents, cheats, and madmen,” began to leave for the United States taking their non conformist views with them. Hitler held an exhibition of approved art in 1937 alongside which ran the famous exhibition of “Degenerate Art.” To this day it remains the most highly attended exhibition of all time, though how many people visited entirely of their own volition is a fair question.

Into the fertile ground of the United States dropped the seeds of an artistic revolution where European ideas met a little less resistance due to a lack of ossified cultural structures such as the Academie de peinture et de sculpture or the Royal Academy in the UK. In 1936 to move things forward the American Abstract Artists, established an eponymous association to fly the flag for abstract art with the specific aim of countering the perception that abstract art was solely a European concept.

What abstract art was essentially responsible for was to change the focus of painting onto what painting alone could uniquely do. Realism had encouraged perspective and representation of illusory space. Abstract art employs the painting itself to focus on the painting, being a flat surface, of a particular shape, painted with pigment in a particular way. As I suggested in part one, the subject of painting became the paint itself and its various methods of application…the brush may not have been abandoned, but there followed an explosion of opportunity with artist’s equipment now supplemented by all manner of other tools and devices, from scrapers and masking tape to spray guns. Paint can be poured, dripped, overlaid or sprayed and techniques can be combined. Sand can be added to the paint or it can be thrown over wet paint for texture. Paint also can be removed to reveal the under surface. Slavish adherence to a rectangular form is abandoned. Abstract art asserts the validity of a two dimensional surface where formal properties come to prominence, texture, gestures, rhythm, marks, and scale. New effects are cultivated. These paintings are to be looked at and not into. The subject of the work is what you see…colour, shapes, brush strokes, etc. etc. The subject of a work is the process of its creation.

“Of all the arts, abstract painting is the most difficult. It demands that you know how to draw well, that you have a heightened sensitivity for composition and for colours, and that you be a true poet. This last is essential.” Wassily Kandinsky

“There are no rules. That is how art is born, how breakthroughs happen. So go against the rules or ignore the rules. That is what invention is about.” Helen Frankenthaler

But does this mean that any series of random squiggles and splodges of paint should be considered a high art form? Of course it does not. As in all areas of life, the cream rises to the top, when we look back at the work of the early abstract artists, we are looking at the work of acknowledged masters. We are looking at work where a clear and logical artistic development can be seen…the seeds of the next painting are often to be found in the most recently created piece. We see intelligence at work, guided by intuition as people explore the unknown.

People seem to have difficulty accepting abstract painting’s purely formal values, often feeling they need to attach themselves securely to a narrative that they believe is found in representational painting. By way of comparison let’s take a look at The Hay Wain by John Constable and see if we deconstruct that myth and yet still make a case for common ground. Often dismissed as bucolic nostalgia, this work is in fact a great feat of painting. Most likely the composition is essentially bogus…it represents an old farm cart pulled by three horses in a pond and the only reasonable explanation for this is thought to be perhaps cooling the horses or perhaps the metal tires on the cart’s wheels. It is perfectly possible however to interpret the subject as simply a pictorial device around which the painting revolves. A technically accurate sky, (so accurate a weather forecast could be made!), is combined with wild gestural marks in the trees, leaves are not painted individually, but are suggested by swathes of roughly applied textured paint, probably over painted with thin veils of paint in a different tone. Scumbling two colours of paint together in one brush over a bright green undercoat creates ‘grass.’ Red tones are liberally distributed about the work which attracts the eye and encourages exploration…it is highly unlikely that the red under the horses’ halters is actually descriptive…I would suggest it is a pictorial device. Thus in my view we have a putatively representational work which functions in essentially the same manner as an abstract painting.

Let’s make a further comparison, this time with music, which is a totally abstract form. Tchaikovsky can be our example, he wrote six symphonies and several concertos which have no program and quite a lot of ballet music which does. But musically there is no difference between either and one can enjoy the ballet music in the knowledge, or in total ignorance of what is depicted. My point is supported by the fact that Tchaikovsky later made the musical accompaniment to the ballets into suites suitable for independent performance.

We need to think of abstract painting as a language. A language we do not speak or necessarily yet understand. My Chinese is a little lacking, totally non-existent actually, but obviously that does not devalue Mandarin or Cantonese…the problem lies with me.

And this is the essential problem…to properly understand abstract painting requires work. Since the separation of designing and making in the industrial revolution, we all have tended to know more and more about less and less…to the point where we are all experts in our own microscopic field. It follows therefore that other abstract painters will know more about abstract painting than anyone else…they are after all working with a similar language. Unfortunately this sounds precious if not downright elitist, yet we would have no difficulty conceding that dentists probably know more about dentistry than your average Jo, and can we not all agree that the arcane mysteries of indoor plumbing are only capable of being understood by plumbers?

If one wants to comprehend abstract art one needs to become more familiar with it…go to exhibitions and talk to the artists at the opening reception, read the catalogue and take the opportunity to talk to gallery staff…they will be only too happy to guide you into a world of colour and imagination.

Part Three will appear in our winter issue and looks at abstract painting in Canada.